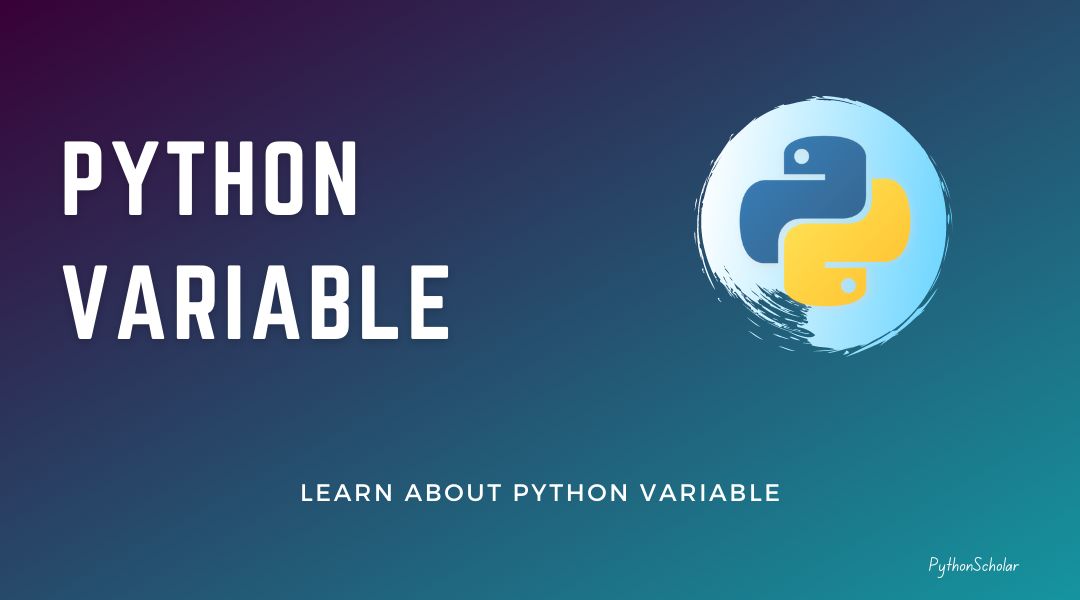 In this tutorial, we will learn about python variables, data types, and their use cases.

As we learn Keywords and identifiers in previous tutorials now, we will learn about how to use them using variables.

Variables are used to store values in reserved memory locations. Variables are created at the moment when they are first declared at runtime. It does not need any keywords or any particular data type to declare it.  Variables are declared based on identifiers.

Variables are assigned based on the data types. It will automatically assign a value to a variable when we use an equal sign (=) to the variable.

Declaring and assigning value to a variable

As you can see, we have stored a string in a variable call software, and then we are printing the variable.

In the example, we are declaring string, Integer, and float to variables.

Here we are assigned an int value in more than one variable in one statement.

In this example, we are assigning multiple values in multiple variables.

Changing the value of a variable

We can change the value of the variables at the time of runtime when we reassign them.

As you change, see in the example first we are assigning the int value to the variable X, and then after that, we are reassigning variable X with a String, and this is how we can reuse the same variable multiple times.

If you want to specify the data type of a variable, this can be done with casting.

To assign a variable in python or any other language, we need to follow specific rules to declared variables as per data type.

Rule 1: A variable always starts with a letter or an underscore (_).

Rule 2: When we assign a string in a variable, it should be Single to Double quotes; they both are the same.

Rule 3: Python is a Case-Sensitive Programming language that means

The Python del keyword is used to del objects like variables and functions m classes. We will see the del keyword in future tutorials as it is going to be used in all other python tutorials. In

Python everything is an object, so the del keyword can also be used to delete tuple, lists, or parts of a list, etc.

As you can see in the example, we have implemented a string variable, and then using the del keyword, we are deleting the variables. Then we are printing the same variable. As we have deleted the variable we got, the error with “X is not defined” means the Python interpreter could not find the variable.

Python has a lot of built-in functions, and the type() is one of them.

The type() function is used to get the type of the data type of that particular object.

As we can see in the above example, we assign an integer value to a variable, and then we print that variable inside the type function. We are getting the output of that particular variable as data types.

In this example, we are assigned an integer, float, and a string, then we are printing their type, and as we can see, we got the output of their types.

We can also check the type of all the objects and functions on python using the type() function. As an example, we will take the print function.